The NEW Republic of Cyprus stamps issues as released on 24 March 2017 will be added to the site later today: 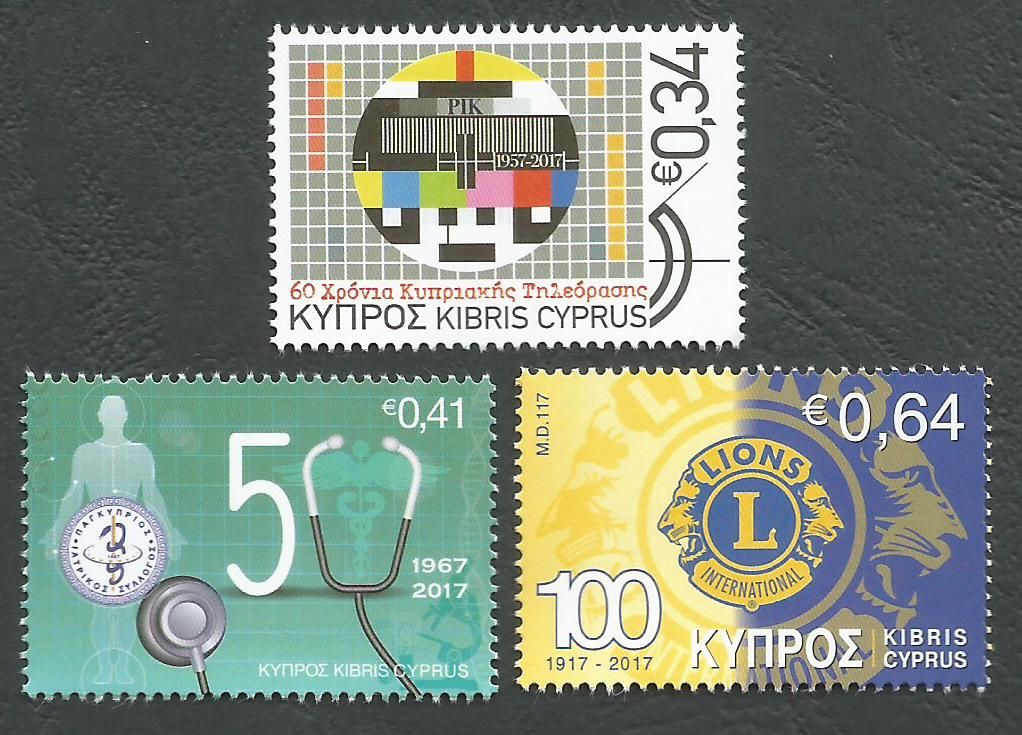 Available in sets of 3 stamps (each issue comprises of 3 stamps), Official First Day Cover and full sheets (8 stamps each)