This year’s Euromed Postal Joint stamp project is "Houses of the Mediterranean". The stamp of Cyprus illustrates a neighbourhood in the old town of Lefkosia with features of traditional architectural heritage.
The main building materials used for the walls of the traditional buildings in Lefkosia are limestone or stone and earth blocks. The roofs are usually very thick and made of beams (volitzia), reed mat and in the upper part there were layers of earth or clay and tiles.
Traditional buildings are located adjacent to the road leaving individual spaces in order to have access to the yard.
One of the features was the bay window (sachnisi), a light wooden structure with many windows projecting outwards which was used mainly as a gathering space during winter. 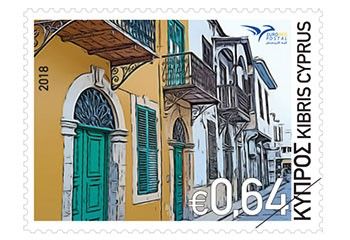 25th Anniversary of the Interparliamentary Assembly on Orthodoxy

Established in 1993, the Interparliamentary Assembly on Orthodoxy (IAO) is a political organisation with its International Secretariat based at the Hellenic Parliament in Athens. It consists of parliamentary delegations from 25 countries including Cyprus which is a founding member. The object of the IAO is to develop a multilevel political and cultural activity, encourage contacts and achieve broader relations between participating parliaments, as well as to promote the understanding of modern political phenomena and social trends and enhance the elements of Orthodoxy which favourably affect mutual understanding between cultures, peoples and States. This year, the IAO celebrates 25 years of creative parliamentary presence on the international stage and within the framework of the anniversary celebrations a remembrance stamp has been issued by the Cyprus Post upon a proposal of the House of Representatives. 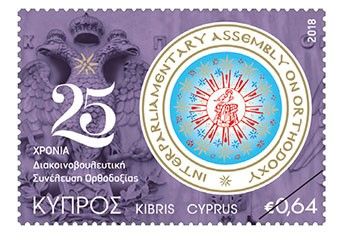