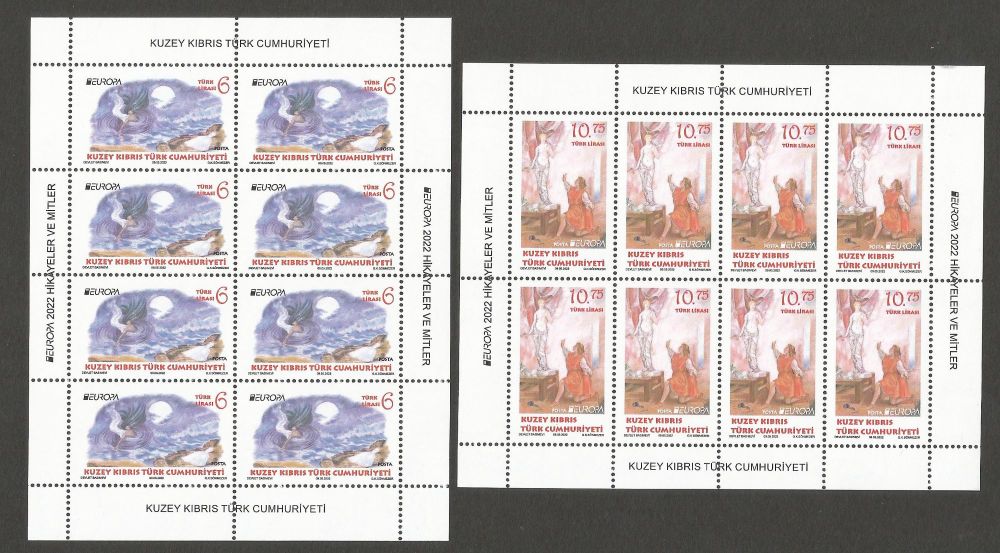 KARAKIZ
In the early days of the Ottoman Empire, shepherds used to wander only during the day on the rock to the easy of Kyrenia. No one would dare to go there at night, believing that this area is unlucky and a gathering place for jinnat night.

A shepherd herding cattle here had a very beautiful daughter known as Karakiz. Karakiz's favourite thing was to bathe in this bay. Young shepherds who visited in that region fell in love with her because of her beauty.

A rich shepherd's son liked her and had has parents ask her father to give his daghter as a bride. Since Karakiz liked him, the wedding preparations started.

On the day of her wedding, Karakiz got bored with the heat and the wedding dress she wore as well as the veil no her head, so she went down to the bay to take a bath and relax.
After she took off her wedding dress on the shore, she went into the sea in her veil.

Legend has it that there was an eye (whirlpool) at the bottom of the big rock in the bay that opened at certain times and closed after swallowing everything there.
Just when Karakiz entered the sea, that eye opened and swallowed here; her body was never found. Only her veil was found near the shore, and it was given to the groom as a souvenir.

From that day on, the rocky area there was called "Karakiz's Lair", while the bay to the west of this area was named "Karakiz Bay".

PYGMALION and GALATHA
The ancient city of Carpasia was a harbour town located on the coast 4km west of today's Dipkarpaz village. It was established as a city-state during Pagan times, before Christianity. Today, it is possible to see the fortification walls and columns of the palace in the clear waters of the sea.

The legendary king Pygmalion who founded this city, had an artistic character. He decorated his palace with his own carved marble sculptures. He wasn't satisfied with the women around him, but was waiting for his ideal; his queen.

One day, he began to carve a beautiful woman, sculpted from snow-white marble. Day by day, Pygmalion fell in love with his own carved sculpture. Each day, his love grew deeper.
Aphrodite, the goddess of love, took pity on Pygmalion and wanted to end his sorrow.

One day, when the king hugged the sculpture, he realised that it had come to life; that his creation had colour in its cheeks, and was looking at him lovingly.
He gave the fair-skinned woman the name "Galatea", which means "as white as milk".
He married her and they had a son named Paphos.

Years passed and the King said to his son: Dear son, I have established my kingdom at the very easternmost point of the island. Go to the west and found your own kingdom.

It is believed that the city of Paphos or Baf, was founded by and named after Paphos, the son of King Pygmalion.

Comprising of a set of 2 stamps with different face values.
Available as MINT sets, USED/CTO sets and sets of 2 full sheets containing 8 stamps per sheet.