"Cyprus Through the Ages" is a series of four stamp issues which started with Part 1 in October 2007 and ended with Part 4 in October 2010. They were released to commemorate the 50th Anniversary of the Republic of Cyprus after gaining independence in 1960.

They were issued as: Full Sheets (of 8 stamps), Booklets and First Day Covers and feature many periods of the chequered history of Cyprus. 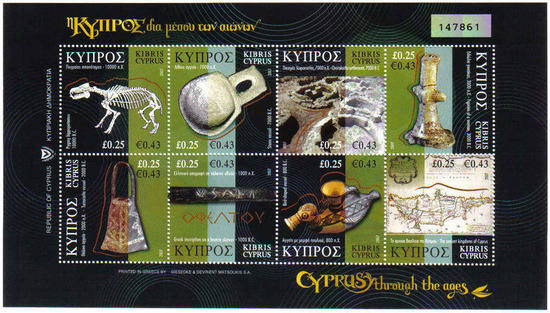 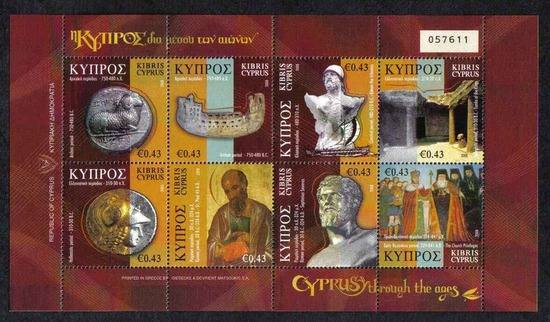 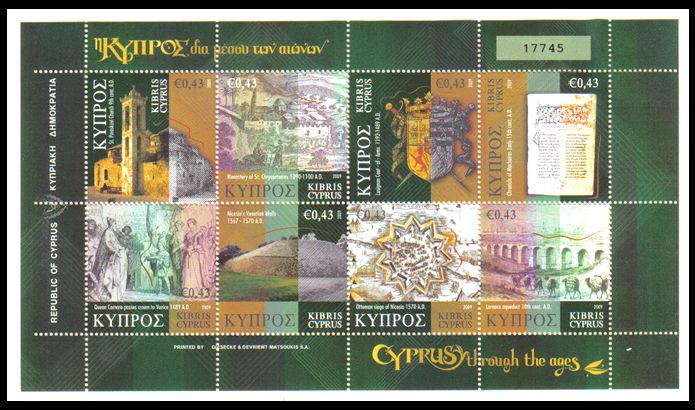 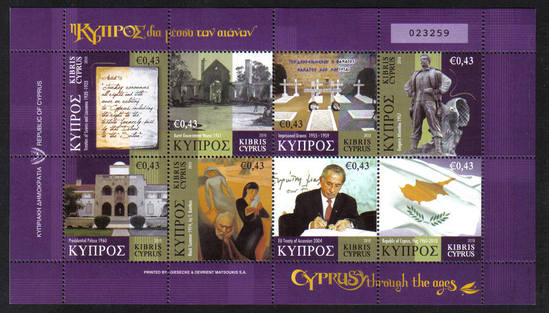 Something to note which is of special interest regarding the FDC (First Day Cover) for Part 4 (official release date given as 1 October 2010) is that the day of issue is actually a national holiday throughout Cyprus and so effectively, these stamps were never made available over the post office counters until Monday 4 October 2010.

With this in mind, we created our own special cachet or unofficial cover for Cyprus stamps SG 1225-32 2010 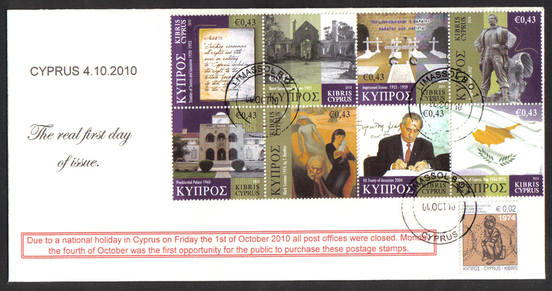 You can find all available items we currently have listed for Cyprus Through the Ages via the link.